ON TREND: THE FUTURE IS BRIGHT 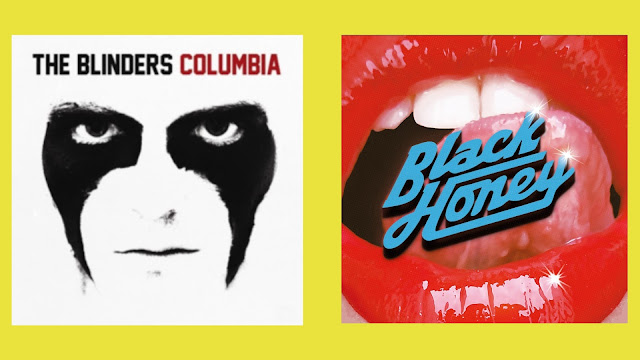 Today, two bands released their debut albums and cemented themselves as the future of rock'n'roll in Britain. Black Honey and The Blinders, alongside already established superstars, and recently announced Mercury Prize winners, Wolf Alice, are ready to 'save' rock'n'roll in Britain - if you think it needs 'saving' that is. The Blinders' brand of punk is above and beyond anything else in Britain right now whilst Black Honey have produced one of the most diverse sounding pop records of the year, ranging from dreamy tender tracks, to disco bangers, to Charli-XCX-esque pop stompers, to the classic Tarantino sounds that made us fall in love with them all those years back.

Doncaster trio The Blinders' Columbia is a dystopian-infused, literary-inspired social critique on modern day society, comparing our own world to those created by Orwell and Huxley. Before listening I was apprehensive, afraid the ferocious punk sound that has dominated their early works and live shows would become too repetitive, but Columbia's highlights are the tender moments. Acoustic number 'The Ballad Of Winston Smith', and Nick Cave-inspired 'Orbit (Salmon Of Alaska) arethe album highlights as Tom Haywood, under his persona of Johnny Dream, narrates a story that despite hinting at the past, is firmly set in today's world. Unlike other punk bands who call out politicians and criticise decisions, The Blinders simply hold up a mirror to modern society, demonstrating the problems and offering solutions in a manifesto for their new world order.

And if The Blinders have created a world, then Black Honey simply are one. Their music videos, merchandise, aesthetics, work ethic and all-round aura has created this world which Black Honey and their loyal fan-base can escape to when times get tough. Sign up to 'The Bad Black Honey Club' and a world of glamorous, extravagant, cinematic escapism awaits you. This album has been a long time coming, with the Brighton quartet remaining patient. They didn't want to put out a collection of music for the sake of it, rather they waited until the time was right, and the time is certainly right. Black Honey is a diverse collection of mysterious cinematic pop. Peppered with dreamy romantic flurries and determined rock stomps, with shimmers of disco in between, it is a daring debut that grows on you with each listen, and sees Black Honey developed from one of the most exciting guitar bands around, to one of the most exciting pop acts around.

With these two bands just getting started, as well as Wolf Alice's Mercury Prize nod, surely it's time for the old guard to stop criticising contemporary rock once and for all. Right?